The oil sump is also referred to as the oil pan, oil tray, or oil reservoir. Oil sumps are used for both four stroke and two stroke internal combustion (IC) engines. 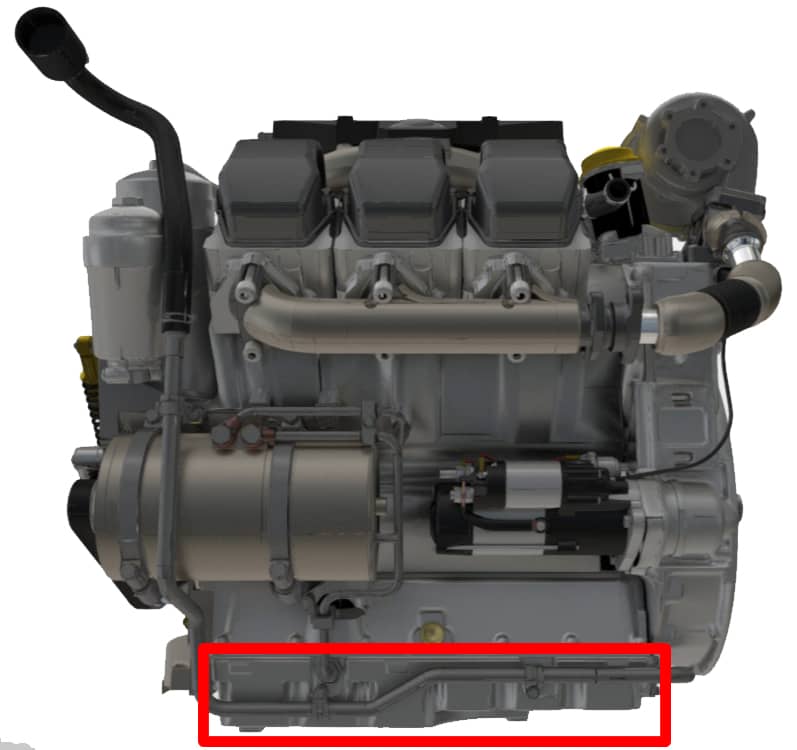 With the exception of small two stroke engines, all engines require a lubrication oil system (also known as a lube oil system). Typical systems include an oil sump/reservoir, oil pump, oil filter and all associated piping. 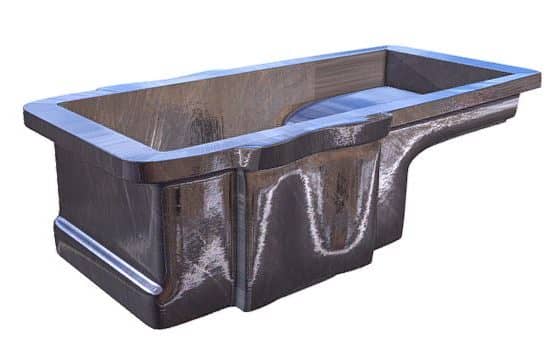 What is the Purpose of Lubrication Oil?

Their are two purposes of lubrication oil within an engine:

A negative pressure is created on the suction side of the oil pump and this draws lubrication oil to the oil pump. The pump raises the pressure of the oil to approximately 3 bar(g) (approx. 44 psi). The oil is discharged from the pump to an oil filter. 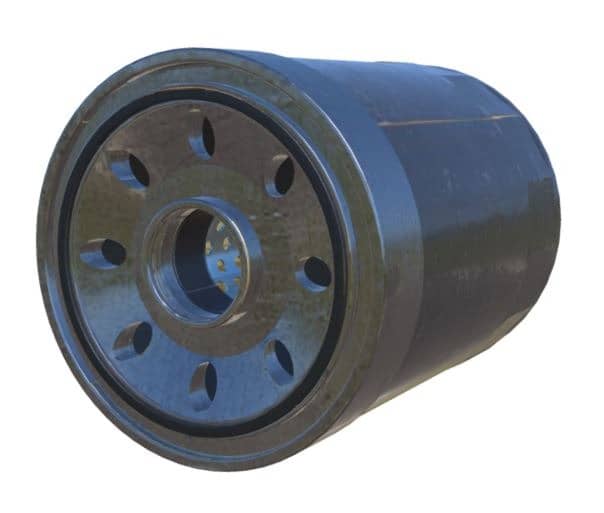 An oil filter (or oil filters) remove foreign bodies from the oil. Foreign bodies are typically items such as metal shavings, dirt and dust. Clean oil is discharged from the filter and enters the engine. The oil lubricates all of the engine's reciprocating and rotating parts and then drains back to the oil sump.

Lubrication oil loses its lubricating properties over time, so it must be replaced. An oil drain at the base of the oil sump is provided for this purpose. 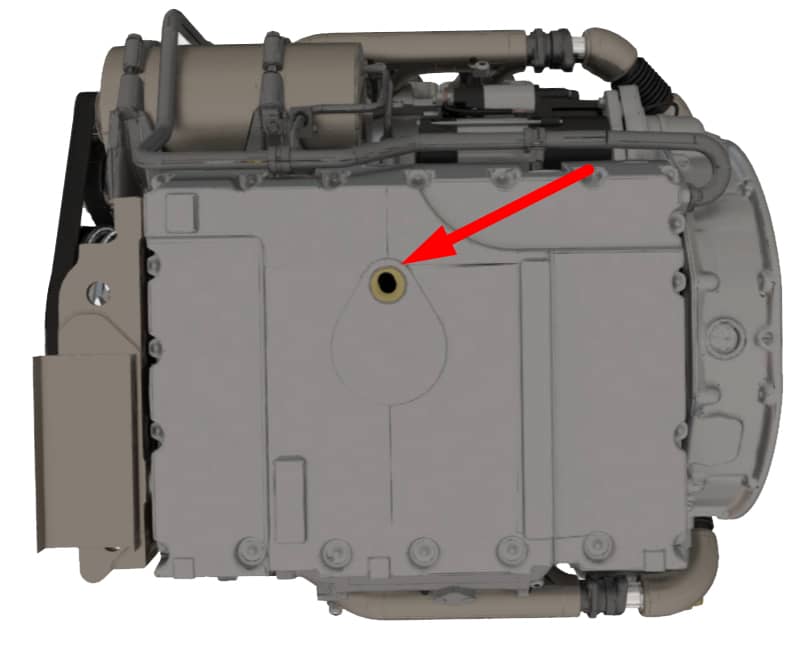 The purpose of an oil sump is not simply to store oil, an oil sump has two other main functions: 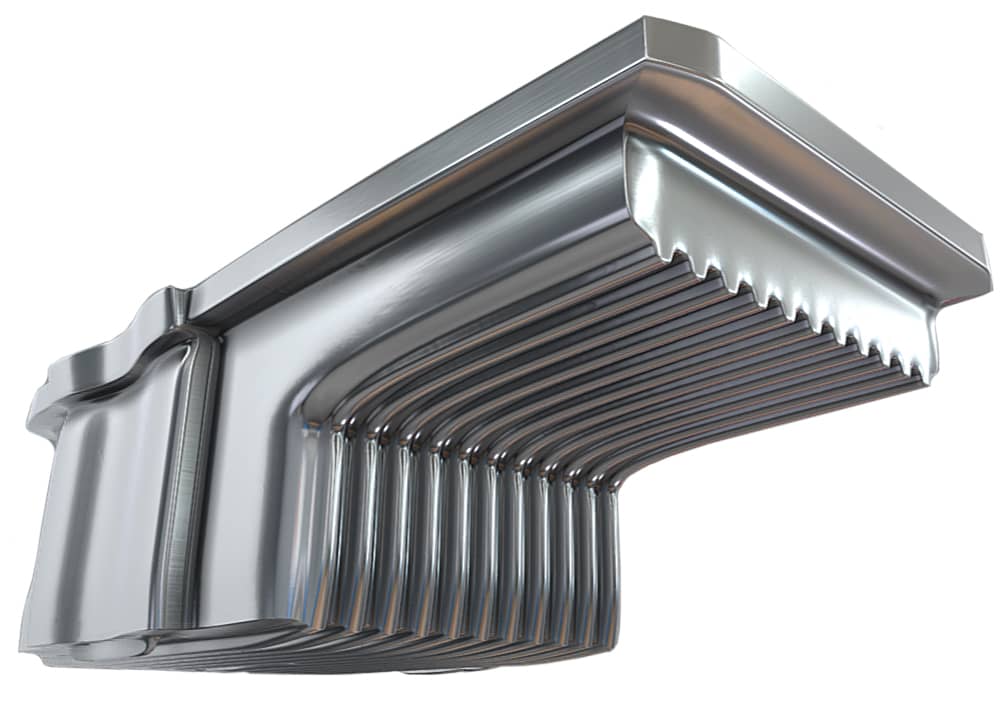 Note: Medium and large kW (or hp) engines will usually have a totally separate system for cooling lubrication oil, this is because cooling by air is no longer possible due to the volume of oil.

There are two main engine sump designs currently employed, these are the dry and wet type sumps.

Dry sump designs have more than one sump per engine; the secondary sump is separate to the main engine sump. Oil drains from the engine into a main sump where it is then removed to an additional external sump. The design ensures only a relatively small amount of oil can accumulate within the main oil sump. Dry sumps are more complicated than their wet sump counterparts as they utilize more piping and pumps.

Wet sump designs form part of the main engine crankcase, there is no additional sump. The wet sump design is simpler than its dry sump counterpart although more space is required under the engine for oil storage. Wet sumps usually employ a series of baffles to prevent oil splashing/sloshing when the automobile is moving (accelerating, travelling up an incline etc.). The baffles help reduce the free surface effect and reduce the likelihood of the lubrication oil pump losing suction. 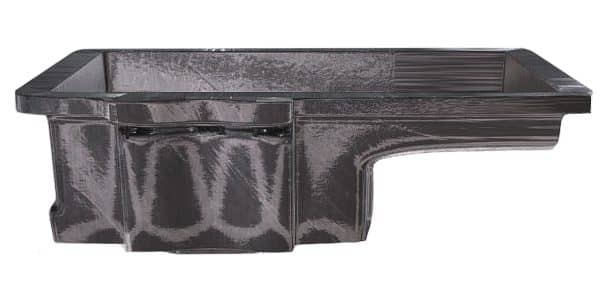 Motorbikes utilize wet or dry sumps, but a dry sump motorbike has the benefit that the engine can be mounted closer to the ground and this makes the bike more stable (lower centre of gravity).

Why Are Oil Sumps Divided Into Sections

Oil sumps are divided into sections to reduce 'sloshing' of the oil within the oil sump; this effect is also known as the 'free surface effect' and is a notable concern on ships.

A car turns a corner at high speed so the oil flows to one side of the engine sump. In extreme cases, this could mean that the oil pump loses suction from the oil sump, which would starve the engine of oil and cause damage to the engine.